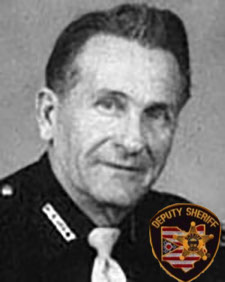 On August 28, 1976, at approximately 4:15 p.m. Deputy Baca and other deputies were dispatched to a home in Hinckley Township on a domestic disturbance.

Upon arriving on the scene they found a male who became violent and abusive with the deputies. A struggle ensued in which Deputy Baca was pushed into a bee’s nest. After the male was subdued, Deputy Baca returned to his cruiser to write a report. When he entered the cruiser, he slumped on the seat. He was taken to the hospital where he was pronounced dead on arrival.

Deputy Baca was allergic to bee venom. It was later determined that Baca had sustained several bee stings to the neck and arms during the altercation. The stings caused him to have a heart attack and ultimately caused his death. He was 57 years old at the time.

You Can Help Us "Keep The Promise." END_OF_DOCUMENT_TOKEN_TO_BE_REPLACED