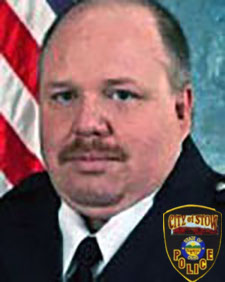 Officer Jonathan Bastock passed away from complications of an on duty injury he sustained one month earlier.

Officer Bastock had responded to a call involving a person driving erratically in a parking lot. He had stopped the vehicle and as he approached the rear of it to obtain the license plate number, he slipped on ice and fell, severely injuring his knee. The injury caused him to go out on medical leave. He was recovering at home when he passed away as the result of a blood clot that broke free from the injury.

Officer Bastock had served as a full time officer with the Stow Police Department for 12 years and had previously served as a reserve officer for five years. He is survived by his wife and three children.

You Can Help Us "Keep The Promise." END_OF_DOCUMENT_TOKEN_TO_BE_REPLACED