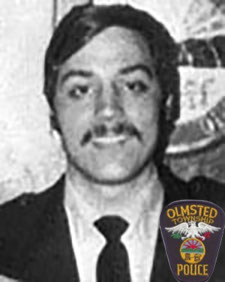 Boscarelli was the son of Joseph D. Boscarelli. He said his son’s goal was to be a policeman. Prior to his role as a police officer, he had worked as a Cleveland Traffic Controller, a civilian job.

You Can Help Us "Keep The Promise." END_OF_DOCUMENT_TOKEN_TO_BE_REPLACED