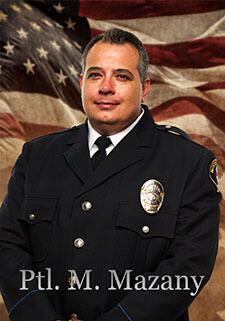 Police Officer Mathew Mazany was struck and killed by a hit-and-run driver while assisting another officer during a traffic stop on Route 2, near Route 306, at approximately 1:00 a.m.

The vehicle that had been stopped contained a subject that was wanted in another jurisdiction. As the officers began to approach the car to take the person into custody, another vehicle entered the area and struck Officer Mazany. The vehicle fled the scene after striking Officer Mazany, but was located several hours later. The driver was taken into custody.
Patrolman Mazany is survived by his son Mathew Jr., father retired Maple Heights Police Sergeant Michael, and brother Michael.

You Can Help Us "Keep The Promise." END_OF_DOCUMENT_TOKEN_TO_BE_REPLACED