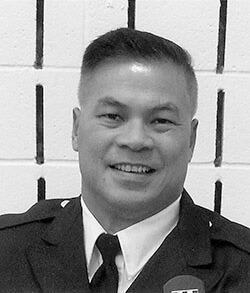 Police Officer Vu Nguyen passed away four days after collapsing during a 1.5-mile timed run that was part of the agency’s canine handler eligibility process.

He and other candidates were participating in the physical fitness portion of the process in 90+ degree heat when he collapsed during the run on July 2nd, 2018. He was transported to Metro Health Medical Center where his condition did not improve. He was flown to Cleveland Clinic where he passed away on July 6th, 2018.

You Can Help Us "Keep The Promise." END_OF_DOCUMENT_TOKEN_TO_BE_REPLACED