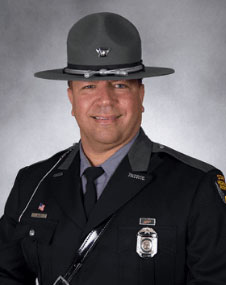 Trooper Kenneth Velez of the Ohio State Highway Patrol, Cleveland Post was standing inside the berm conducting traffic enforcement outside his patrol car on Interstate Route 90 near Lakewood when an impaired driver struck and killed him. The driver swerved toward the berm to avoid another vehicle.

You Can Help Us "Keep The Promise." END_OF_DOCUMENT_TOKEN_TO_BE_REPLACED